Did you know that the most assigned book in American universities is The Communist Manifesto by Karl Marx? It is. The book is used in economics courses, but is even more widely assigned in philosophy and sociology departments. Books extolling free enterprise are much more rare, indeed.

It should come as no surprise that Millennials are the only age group polled by Gallup in May of 2016 that had a majority holding a positive view of socialism. The success of Bernie Sanders in last year’s election is a clear example of this trend, as millions of Millenials were “feeling the Bern”. 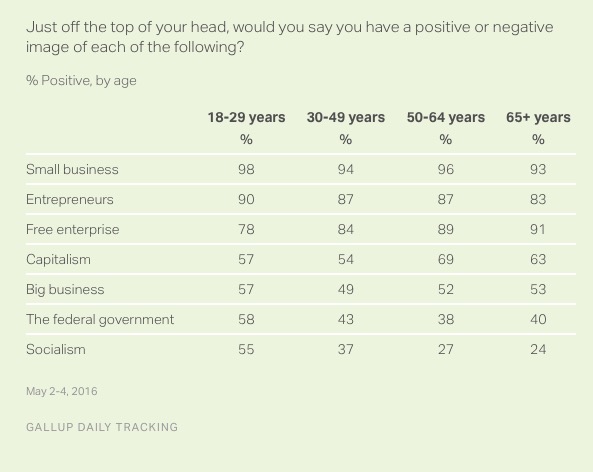 Ironically, few of them, even college students, when asked, can even define the term “socialism”, let alone “communism”. Check out the many YouTube person-on-the-street interviews. The people appear to have no idea, other than that “fairness” and “equality” are “better”. That kind of simplistic pablum is what you’ll see.

Definition of socialism
1. any of various economic and political theories advocating collective or governmental ownership and administration of the means of production and distribution of goods
2a : a system of society or group living in which there is no private property
2b : a system or condition of society in which the means of production are owned and controlled by the state
3. a stage of society in Marxist theory transitional between capitalism and communism and distinguished by unequal distribution of goods and pay according to work done

The views of non college educated Americans are even more simplistic, but still as strongly held. This speaks more to the effect of media and entertainment on their perspective, as well as the desire to appear compassionate and good. No one wants to be a “hater”.

Marx himself equated socialism with communism and not with capitalism. He considered socialism just a transitional phase between capitalism and communism. Centralized planning of both the means of production and the distribution of goods and services were his keys to fairness and equality, even freedom, for all. They are both essential components of socialism and communism. (See Merriam-Webster above)

It is this world view that permeates not just the thinking of the youngest generation of American adults, but of people in general around the world. 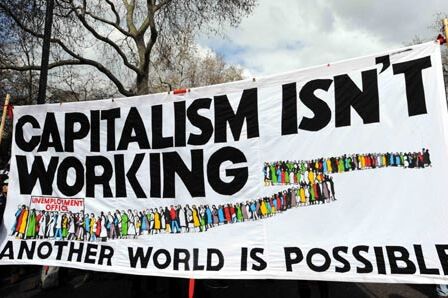 It’s no wonder that America, with it’s free enterprise system that cherishes entrepreneurs and private property, is so reviled by millions, even billions across the globe, as well as in academia.

Despite the fact that our representative republic and our free enterprise system have created more advancement, more freedom, and more improvements in the quality of life on our planet than any other system ever devised, it is considered by its many detractors to be the cause of all that ails societies on our Earth.

After reading several long, academic diatribes on socialism and communism by professors from NYU, Columbia and Tennessee, replete with academic sounding terms like “concatenation” and, of course, “bourgeoise”, what I learned was that socialism is really just a putrid potty stop on the road to a communist shithole.

Never mind that such utopian dreams ignore the realities of human nature, such as the desire for self improvement, the desire to be rewarded proportionately for ones efforts and abilities, the need for an individual identity, the insatiable quest for power and control by those who yearn to acquire it, and the historical lack of actual compassion by those in power.

Not to worry, though. These things are probably taught in the “Evils of Capitalism” courses.

I know my opinions here will be excoriated by academics and leftists as stupid, ignorant and oppressive. That’s fine. We have been increasingly accepting of class warfare and identity politics, so I expect many will jump on that pejorative bandwagon. I don’t care.

And you shouldn’t either. Those who wield the beat-down stick of “equality” and “fairness” will always be there. But pride in the American experiment is nothing to be ashamed of. That light must never be concealed under a basket of meekness. We must not be intimidated by a fear of derision and scorn.

Americans should not be afraid of the “evils” of capitalism and free enterprise. We should fear the destruction of the very ideals that made America the focus of jealousy and hatred from those who never had the unique opportunity we created for ourselves.

The American experience was a smashing success, not a failure. We can always do better, and we must strive to improve the conditions for all our people. But we most certainly could have done much worse, namely by following the consistent pattern set by history.

History class is the kind of class we need to be teaching. Enough of the ivory tower bullshit. Americanism is a NoBull Cause to be cherished and preserved.