Senator Tim Scott, a fine and good man from South Carolina just said this: “Focus on the things we have in common rather than the things that divide us.”

He was referring to the basis of his strong friendship with Congressman Trey Gowdy, also from South Carolina. Scott is black. Gowdy is white. Their closeness and mutual respect are admirable and an inspiration. 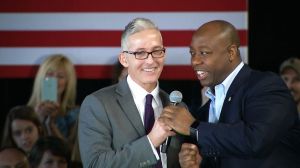 It’s good advice to follow. But when it comes to fundamental political and cultural issues facing society, things get dicier for everyone.

On these subjects, you certainly need to understand the arguments and the perspectives of both sides of every issue, but then you need to make an educated decision.

They used to call someone who did that “discriminating”, meaning one who could differentiate between options based on knowledge and reason. Of course, that term now has a negative connotation. 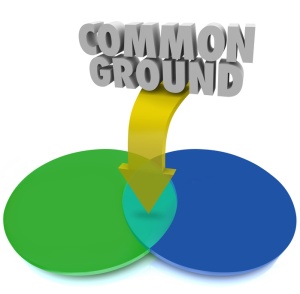 Finding common ground is an excellent way to bring people together. But it’s not for everyone.

It’s great for those who are also willing to discuss the difficult issues upon which people disagree. It’s all about having a civil discussion, and not an arguing match. It means respecting the other person.

This is how problems get solved.

For many who don’t really take the time to understand the issues, but still have a strong opinion, focusing on what we have in common means not talking about areas of disagreement and just being friendly to everyone.

But that doesn’t solve a thing. It just sweeps the dirt under the rug. Things look and feel pleasant, but that dirt is always there under that rug.

For others, especially those selling the rights of groups over individuals, a fruitful discussion is an impossibility. Without demonizing those who hold opposing opinions, these people have lost the premise for their entire argument. They have a vested interest in not respecting or even liking you.

Group rights imply a victimhood status for the mistreated members of their group. They are being “discriminated” against (there’s that word again). Without bad guys, victimhood vanishes, and so does the need for special group rights.

Some folks will tell you that they’re solving societal and economic discrimination. It’s a fault of systems, not individuals. They’ll blame the culture, the government and the economic system for the harm to their group of victims.

It’s not about you, they’ll say. But you don’t agree with their beliefs. Where does that leave you? Either you are a hapless idiot to be ignored or you’re one of those evil supporters of the unjust status quo.

Either way, you’re not going to solve any problems by trying to have a civil discussion with a grumbling grouper. Don’t entertain the thought of changing those minds.

If we can’t both accept the premise that America is worth protecting and cherishing, upon what basis will we agree? How will we ever find fertile common ground?

Finding common ground is a worthwhile goal, and it should always be pursued. Only good can come from that. 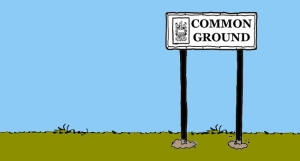 But sacrificing one’s belief in the American ideals of freedom and individual rights is not the path to common ground. It’s a pasture full of cow pies waiting to be stepped in.

Dr. Jordan Peterson, the brilliant psychology professor who has become an internet sensation, suggests this: “Make friends with people who want the best for you.”  That one you can take to the bank.