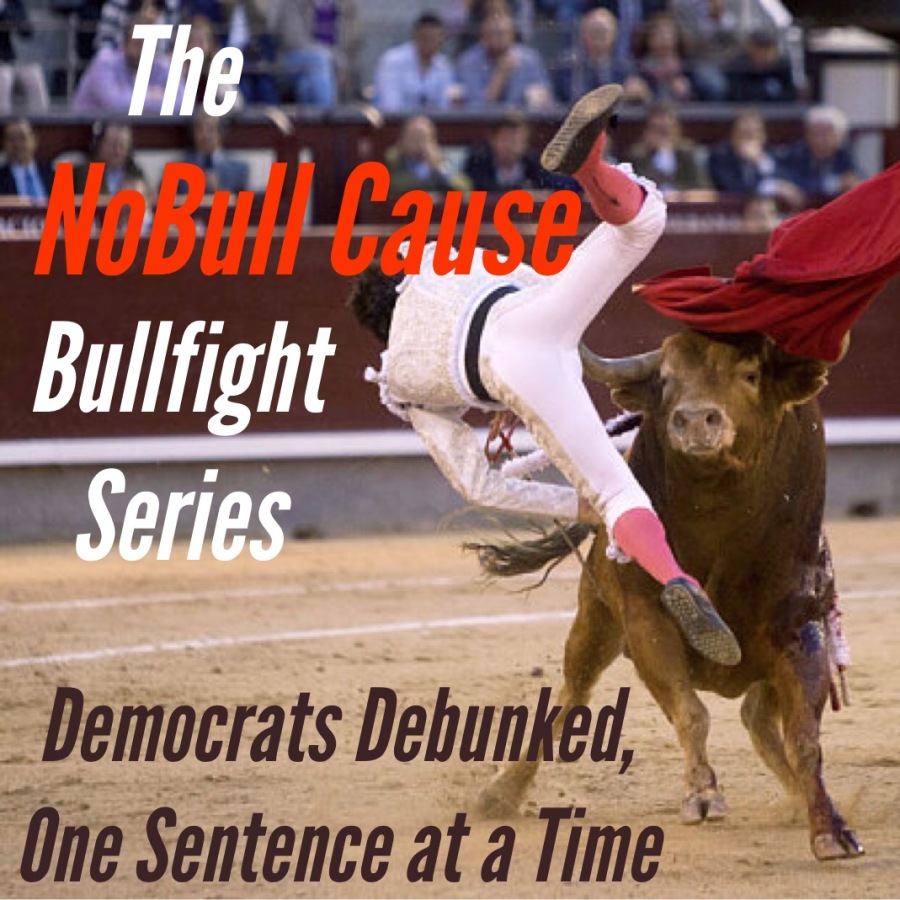 Former Obama Attorney General Eric Holder is “considering” running for President. He rolled out his political rhetoric for all to see when he spoke at the Human Rights Campaign National Dinner on Saturday, September 15th.

In the first installment of the NoBull Cause Bullfight Series, the bull looks at his most revealing sentence from that night. It’s so ridiculous that, in a mere 27 words, he provides fodder for this entire bullfight.

HOLDER:
“This sort of thinking, this ‘Make America Great’ mindset is not only flawed, it’s rooted in fear. And it favors an imagined past over a realistic future.”

BULL:
To Holder, MAGA is a mindset…a way of thinking. In this view, it’s just a philosophy that can be injected into the minds of the people by the elites. But this is precisely how liberals think about every platitude they espouse themselves. They love to sell ideas and drag people along with their self absorbed, self assumed brilliance. 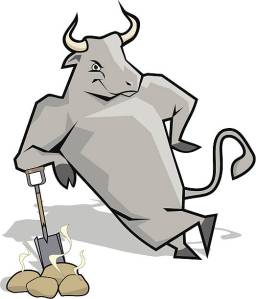 He believes that the MAGA movement is just a top-down strategy to steal minds for an ideology. How telling. In reality, MAGA is a result of years of top-down tear-downs of the principles and freedoms that everyday Americans have come to revere, the very things liberals and leftists love to do.

It’s actually the result of anger at government overreach and its encroachment on long held American ideals. It is most certainly NOT a “mindset”, a way of thinking. It is a populist backlash at everything he stands for.

He also claims this MAGA “mindset” is “flawed”. Of course he does! For people who think that government is the answer for every ill, of course it’s “flawed”. He never expanded on his reasons why, so we can assume he will explain this to the people later. Can’t wait!

He did say however, that it is “rooted in fear”. That’s pretty rich, given that the entire premise of his own ideology preaches such fear in order to promote more government protection from the “flaws” of lesser human beings, namely the everyday Neanderthals who call themselves patriots and want government out of their lives.

People who want to see America great again are those who honor the fearlessness of the American spirit embodied in the Declaration of Independence.

Kerry also claims the MAGA movement “favors an imagined past over a realistic future”. This is where he moves on to insulting half the country. By contending that American greatness is based upon an “imagined past”, he denies everything that sets the unique American system of governance apart from every other one that exists.

It is a history that he seeks to make imaginary, but it is very real indeed. He implies that America’s past consists entirely of the mistakes made by the stewards of government, not on the real, foundational principles that should always be strived for. It’s incredibly revealing, since the progressive movement is rooted in this “mindset” of fear and negativity, while couched in the impractical idealism of socialist dogma. 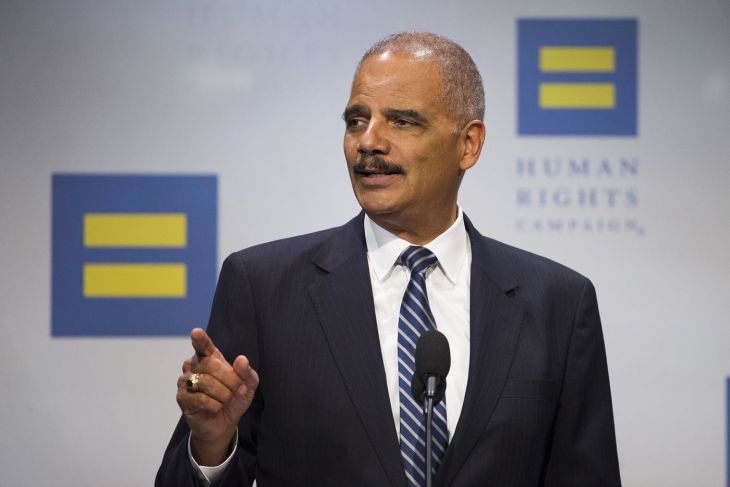 But Holder had to pack one more nugget into his one-sentence load of bull. He says MAGA prefers that “imagined past” over a “realistic future”. Wow! He pulls back the curtain on his Wizard of Oz ideology there!

Remember when Obama wondered what magic wand Trump would use to bring back jobs? Remember when we were told that the economy we had was “the new normal”? This is the kind of “realistic future” that progressives want us to believe in.

It’s their way of preparing us for the future they want us to have. It’s one of shared mediocrity and equality of outcomes that he and his comrades are known for.

It’s his way of saying that the ideals of America are flawed and outdated. It’s a revolutionary statement that threatens everything that Americans have given their lives for and fought to protect.

In one sentence, Eric Holder managed to distill an entire Marxist philosophy into one shot of 180 proof bullshit.

Time to have the clowns remove the toreador on a stretcher. The bull is going out for an iced tea.