Competing views of right and wrong are the bedrock underlying today’s culture wars. And, make no mistake, a world war has broken out. Multiple factions are fighting mindless and ferocious battles across the globe. They’re not just military conflicts either.

Historically, wars have been fought over property and power, so you might think that things have changed. They really haven’t. Just the methods have changed. Tech advances have transformed the theater of war. Propaganda is disseminated instantly, as are images of everything good and bad. These days, military and psychological power are both projected in a very powerful and concentrated form by a very select few.

But property and power are still the kingmakers in this campaign of destruction and domination. The objective remains the same.

To complicate things, there are many factions in this war.

A global government is the goal of many combatants. They are the ones with the strongest position on the chessboard. After all, they pretty much have all of the money and they have the armies.

For them, it is the ultimate quest for power. World power. Their utopia is a world government that will overcome our imperfections with goodwill and good judgement. You know, a fool’s errand for those not at the top. More likely, it’s just a push for power. No goodwill needed.

Religious domination is the driver for others. They’ll just murder anyone they don’t like. You’re probably included on their list, actually.

To make matters worse, sectarian hatred spanning centuries motivates millions to oppress and kill their neighbors. And they all have better weapons now. Great.

For countless others, the plan is to silence, marginalize, and ultimately eliminate those whose mere opinions they abhor. Christians and capitalists have become convenient targets for these bullies who hold their own superior view of right and wrong, but their hatred stubbornly dismisses any bounds. For them, everything is on the table and everyone is a potential target.

Armed with altruistic anthems of multiculturalism, diversity, social justice, and tolerance, the self-declared, self-righteous opponents of “fascism” and “hate” incorporate the very tactics of fascists in their battle plans. They are haters hating hate, if you will.

On the fringes, promoting anarchy is the weapon of choice for hordes who are just angry and frustrated, with no idea of what to do next. Their mantra: All authority is evil. We are oppressed. Payback time! That’s their M.O., and it ain’t good.

Oh, and don’t forget the flies in this caustic ointment, those crazy dictators with the nukes. 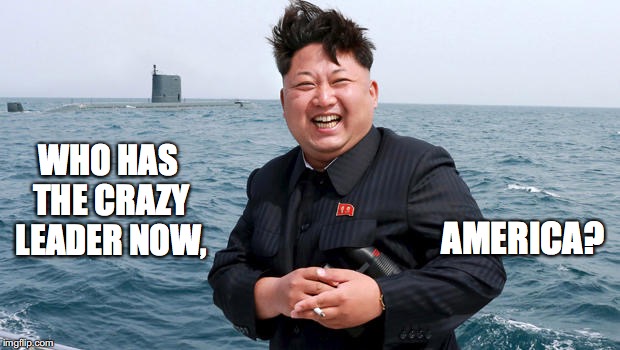 The world is a worrisome and dangerous place, especially if you revere independence and freedom. The pieces are being played in this deadly game of cultural chess. And the frontline soldiers have been told they can be Kings. But they are only pawns.

The pawns are on the march while the Kings consolidate power. The rules dictate that the minor pieces in this match are just lambs before the chess master. And, everyday, more pawns eagerly line up for the sacrifice, oblivious to their true destination. They are tools for conquest. That’s all. The Kings rule while the pawns just march and fight.

Hopefully for us, it is not too late to get in the game. With luck, checkmate is not imminent. To get in this game, we simply need to wake up to what is going on. We are not headed for freedom and justice. We are on a path to totalitarianism, nationalism, tribalism, political oppression and religious hatred. Defining and defending what is right is the smart move on the board.

The fact is, we ARE the chess board. We are the playing surface for this war. We are the ones underfoot of all the chess pieces. Time to flip the board and say “game over”. Precisely how we do that is the daunting challenge of our time.