My daughter has a growing YouTube channel. I watched her most recent video which critiqued another YouTube video with close to one million views in two days. (Link to her video critique below)

It’s really creepy, to say the least. It reminded me of a blog post I wrote five years ago, which I share with you now. 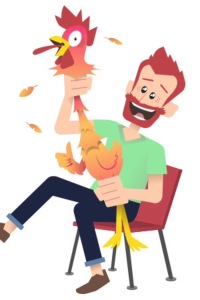 I have an idea. Maybe guys around the country can mail Planned Parenthood a sperm sample. One condom, one Ziploc baggie, one envelope and a stamp. That and a little time is all it would cost. You might not even have to lick the envelope. Just an idea.

The two organizations could even get together and do a cross promotion. After all, as both organizations might say, “It’s OK to put it in, as long as you get it out in time.”

Really, you can’t make some of this stupid stuff up. Maybe next month can be the National Man-Boy Love Association’s National Share-A-Rectum Month.

Here’s a good slogan for their publicity campaign: “Rectum? Hell, damn near killed him.” If it actually does happen, heed this word of caution: Stay away from their Ram-a-thon.