Cleaning the Lens of Lies

Headlines Are Designed to Suck, Content is Crafted to Coerce

For most online outlets, headlines are really just condensed sales pitches. It’s a case of cleverness for clicks. Their sole mission is to entice you into reading their cow-pies of commercialism.

But every serious media entity knows it’s all about the content. Their headlines are just there to ring the dinner bell. Content is the meat they feed to their hungry herd. It’s what keeps them coming back to the trough.

The news media want clicks and views, too. That’s their business side. But nearly all are motivated more by ideology, with stories crafted for a purpose well beyond reporting what happened. Of course, this is no secret to anyone by now. Most outlets don’t even try to conceal their biases anymore.

Some piously proclaim their fidelity to accuracy, but these are the worst offenders of the bunch. They’re still trying to conceal who they are behind a shroud of self-professed integrity. Deception is right there on page one of their playbook.

The news sources that are upfront about their slant are doing us a favor. At least we know…that they know…that we know. They may be wrong, but they’re not being deceptive if they are tilted toward a professed audience or ideology AND they’re not claiming otherwise.

The true deception is coming from the media giants, those legacy news organizations that, over decades, created a reputation for journalistic integrity, then gave it away in order to retain relevance and readership.

When the heat from emerging competition was turned on, they ran first to their integrity locker and emptied it out. Then they closed the locker door, padlocked it, and told us it was still packed. Trust us, they said.

It would be unfair to the stodgy, codger press to imply they’re the only ones distorting the image. They have company.

Many online publications are just professional tools of powerful political organizations. While they don’t always conceal their affiliations or motives, they do produce the kind of reporting and opinion that defies the facts in favor of influence and power. It’s just a variation of the old guard’s fake news.

This ideological fervor, and its inevitable disregard for truth and fairness, is not exclusive to either left or right. Any fair person must admit this.

The important thing for any consumer of news is to be knowledgeable about how all of this works, and to be aware of the muddy motives and the imaginary integrity of their sources. 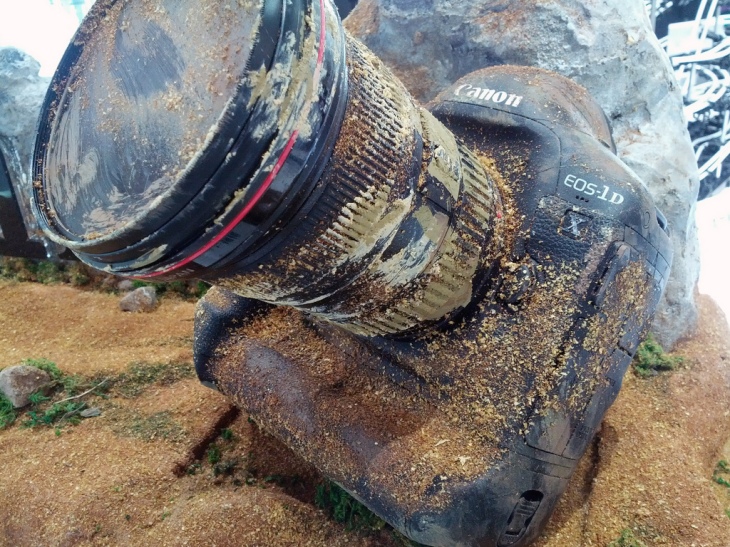 Through this lens, a much clearer view of reality is possible. But the view can be even clearer. For the most accurate image, this lens must also be clean and not tinted. The final distortions to be removed are the smudges and the tint we apply ourselves, something we do automatically and subconsciously.

Our own ideology is something we’ve formed over time, something we have grown to trust and rely upon. But it must be acknowledged as an ideology, not a reality. It’s unlikely anyone has ever gotten everything right.

In order to have the clearest picture, we need to clean our lens with humility and remove the colored filter of our own assumptions. Only then can we have confidence in our conclusions.

Good luck with that.