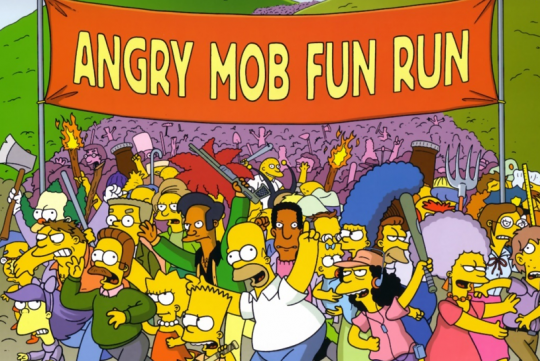 There are only two reasons behind the outrage of protestors across the world.

They are claiming the high ground of virtue, and using that to show everyone just how much more they care about things…much more than those they hate. They care so much, just not about you.

They want everyone to know that they’re better people. They claim to want everyone to accept the choices of others, but in doing so, they choose to reject and revile those who don’t. The sin they see in the ones they despise is their simple refusal to agree with them on their diatribe du jour.

They consider their opponents bad people who deserve scorn from the good folks, namely themselves.

For the protesters who don’t feel very self-righteous or confident in their delusion, they can opt for choice number two. Claim victim status. This conveniently removes all personal responsibility for their actions and their situation in life.

They just play the role of the oppressed, beaten down victim, while playing the identity politics card as if it were the Joker in a poker game. To them, it’s a license to commit vigilante violence.

They demand justice, which, to them, means that their evil oppressors must accept their demands for reparations, or suffer the consequences.

Victims need abusers. It’s so simple. What could be easier? They just scream at the people who haven’t met their demands, because they don’t like those people. They’re bad people who deserve retribution.

Even worse, the political party out of power has adopted and promoted both of these tactics. They encourage resistance and promote revolution. With so many in the press offering air cover, and celebrities shooting off mortars announcing their own caring goodness, the ground attack is flourishing.

If a counterattack isn’t forthcoming soon, the battle will be lost. This is not the time to be part of the silent and ambivalent majority. You may be fine with the lifestyle choices of others, saying “let them do what they want, it’s their personal choice”.

But, what they really desire is much more than just doing whatever they want. They hate your way of life. That’s what they want to destroy. And they don’t limit their battle plans to eliminating your way of life, but they include you, your family and the “evil” society you revere.

Don’t expect to have a rational discussion of the issues with these people. When they see their adversaries as evil, there’s no point in talking to them about the issues. Those days died long ago.

They claim your words are acts of aggression and hatred. So, just listen to what they are saying, and take them seriously.

Because you’re the next target in their line of fire.