The middleground voices of tolerance keep getting shouted down by both of these fanatic factions.

These two groups certainly fight on opposite sides of the religious argument, but otherwise, they may have more in common than you think. 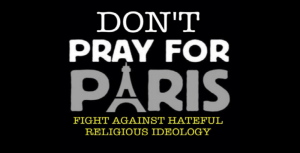 Is there really much difference in these narrow, rigid belief systems? One says you are a fool for believing, the other says you are evil for not believing. They share a kind of mutual disgust, but make no mistake, both base their rigid conclusions on faith, and faith alone. One can’t prove that God exists. The other can’t prove that God does NOT exist. They are both just belief systems.

The rest of us also know this: athiests are not automatically evil for denying a supreme being, and believers are not automatically fools for their faith. Just as we accept that all Muslims are not terrorists, we realize that not all atheists are out to convince and convert the god worshipping heathens. It’s an issue of extremes.

It seems these fanatics ignore the obvious: that a fool can sometimes be right and a scientist can sometimes be wrong. How can either side be so sure of their dogma? That’s what the rest of us wonder as we shake our heads. 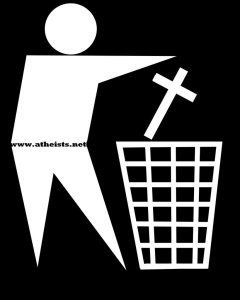 The true test of any dogma’s legitimacy is its tolerance of dissenting views. On this final exam, these two flunk the test. They don’t just want to express their views, they want to impose them.