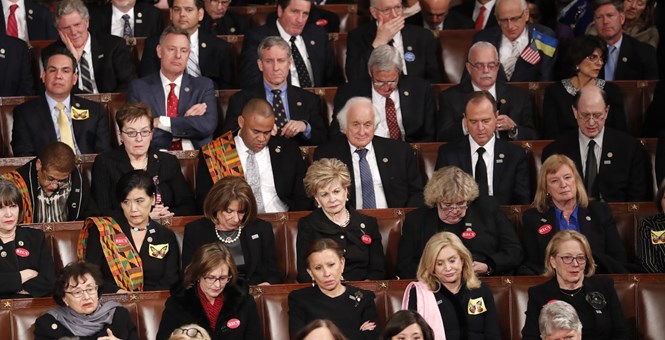 President Donald Trump’s first State of the Union Address was remarkable in many ways, but not only for its construction, its presentation, its themes or its plans for America.

Those parts seemed to be a success.

A CBS poll conducted right after the address revealed 75% of viewers approved of the speech, including 43% of Democrats and 72% of independents. A CNN/Accomplice poll even echoed that sentiment.

It looks like Americans across the political spectrum approved and felt good about what was said that night.

There were detractors in attendance, however. They all sat on the left side of the chamber.

Certainly millions of our fellow citizens sat at home and screamed at the television, egged on by an equally triggered and delusional gaggle of reporters and commentators.

But only the bitter sourpusses in attendance appeared on screen, juxtaposed with Trump’s promotion of America and its foundational ideals. Those pouting politicians who sat on their sorry rear ends were exposed for all to see.

The President’s recounting of America’s successes apparently offended those whose hatred of Trump trumps any pride or pleasure in the success of their fellow citizens and their country.

Democrats who bothered to show up (11 didn’t) looked sour and sad. It was not a good look for those who constantly decry the “divisiveness” of their political opponents, those evil Republicans.

To them, Trump is evil and he represents everything they are convinced is wrong about America. To these malcontents, there’s a lot to dislike about this country. Having swallowed that delusion whole, they have adopted a posture of “resistance”.

Their collective mood was so deliberately dour that they couldn’t even force themselves to bring hands together or even stand up to stretch when patriotic themes were portrayed and heroes were heralded.

Many couldn’t even bother to rise in respect for a fellow colleague, Congressman Steve Scalise, who took a bullet and nearly died on a baseball practice field last summer.

Their hatred of Trump, and their eager acceptance of everything they see, hear and read that supports that prejudice, has brought them to this dead end. All they can think of anymore is to regurgitate the bile of their most leftist supporters and their most ardent Trump haters.

Somewhere along the line, the Democratic Party abandoned the majority of their base. The fact is, the average Democrat citizen is not that different from the average Republican or Independent citizen.

Americans love America and want it to succeed. We all have friends of different political persuasions, and we’re still friends. That’s because we still share important American values and aspirations.

This is where Democrat politicians have “jumped the shark”, to reference an old Happy Days episode. In it, “The Fonz”, played by Henry Winkler, went water skiing and (you might say “incredibly”) jumped over a shark. That was the moment the sitcom lost its hard-won credibility, changing the future of the show forever. 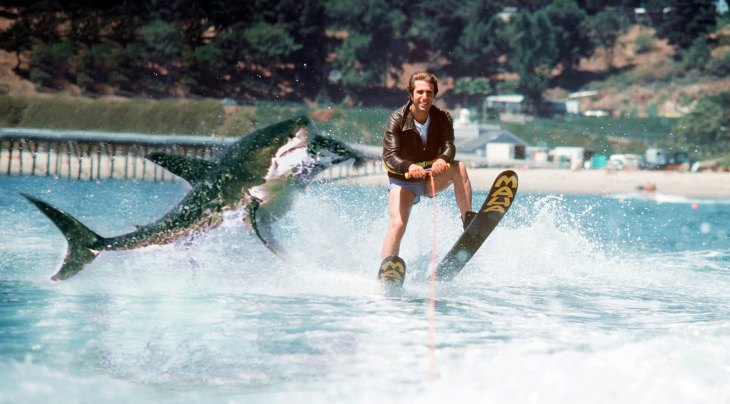 The phrase has become a part of the lexicon, synonymous with going too far, losing sight of the purpose of ones endeavors. It refers to a fatal tipping point.

The 2018 State of the Union address may have been the shark jumping moment for the political hopes of the socialist, big government, race baiting politicians who still think they represent the “real America”.

The news media jumped the shark long ago. Now the Dems appear to have done the same. The Happy Days of the haters may soon be canceled. And they never even saw the shark.