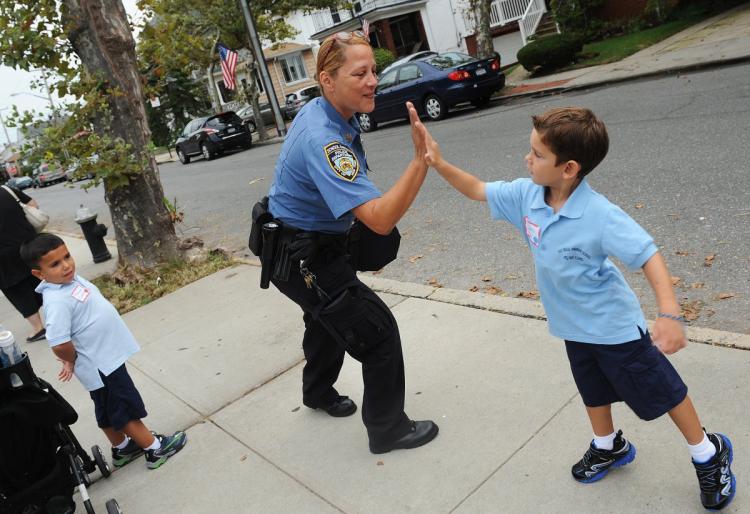 There are 132,000 elementary and secondary schools in the U.S., according to the Department of Education. There are 50.7 million students. That’s an average of 384 students per school.

Under this plan, Marjory Stoneman Douglas High School in Parkland, Florida, an expansive campus with 3,000 students, would have had 39 armed guards to deal with Nikolas Cruz.

If the federal government paid each guard $50,000 per year, that would cost $33 billion per year. That sounds like a ton of money, but it’s not. After all, the Department of Education spent $182.8 billion last year, and people aren’t even sure the department is necessary.

And who do we have ready and willing to serve? There are 445,000 unemployed veterans who’ve been trained to do just that. They want to be useful and productive. And they love their country. They understand honor.

We’ve already paid for their training. All they need is a little specialized instruction and they’re ready to go.

Even if screening, training, arming and administration added $1000 per guard, per year, that would add $660 million to the total cost…a drop in the federal bucket.

The whole thing equates to $664 per student, per year. The total budget for the new School Security Administration would be $33.66 billion per year, about .7% of the federal budget.

The U.S. spent $50.1 billion in foreign aid last year, about 1% of the budget. Do you think this plan is impossible to achieve? If we eliminated the Department of Education, we’d be $150 billion to the good, AND we’d have safe schools.

The federal government was never intended to educate children, but it is constitutionally charged with the security of its citizens.

Can we find that .7% in the budget by eliminating wasteful, stupid spending? It seems pretty easy.

It’s really a matter of priorities, not guns. But even the biggest lovers of big government will certainly be disinterested and dismissive. They’d rather use school safety as a way to attack the 2nd amendment. For them, it’s not about the kids. It’s about politics and ideology.