How many times have you heard some politician or talking-head say that the United States is a democracy? We’ve all been told that countless times.

But it’s a lie… an intentional distortion of the facts.

The United States was prudentially designed as a constitutional, representative republic, and specifically NOT as a democracy.

Benjamin Franklin famously believed that the founders’ beloved “Liberty” was threatened by democracy. He wrote: “Democracy is two wolves and a lamb voting on what to have for dinner. Liberty is a well armed lamb contesting the vote.”

Thomas Jefferson is thought by many historians to have described democracy as “mob rule”. 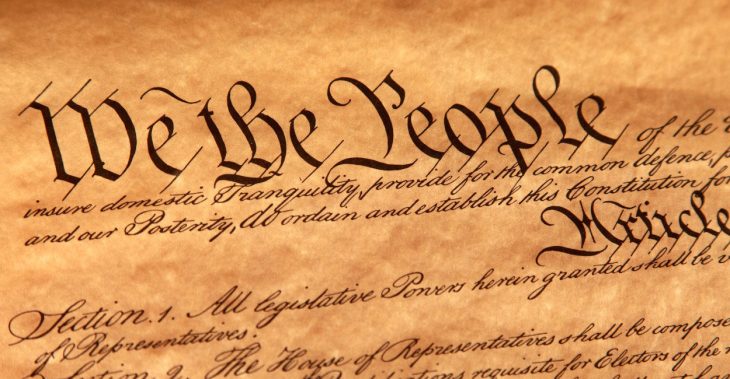 Democracy was never the intention of the founders of the United States of America and the framers of its constitution.

The goal of the founders was to create a framework that protected the “inalienable rights” of every individual citizen. For this reason, a system in which 51% of the citizens could force the other 49% to accept their will was considered something to avoid, not to emulate.

A system of constitutional checks and balances was written into the constitution to serve as a firewall against the tyranny of the majority, whether it be the people OR their elected representatives in government.

Their clear goal was to protect certain sacred rights which they considered acquired at birth, not given or authorized by any government of the day.

The idea was to provide a framework to codify the rights of the individual (not of groups) in the rules of their unique constitution.

The electoral college format to determine elections for the chief executive was designed for this same purpose.

It was all about preventing “mob rule”. To them, true liberty (the overriding purpose of their concept) could only be possible by safeguarding against the tyranny of the majority.

Individual rights can easily be trampled by popular vote. They knew this all too well. Hence, the United States was NEVER intended to be a democracy. Exactly the opposite was the case. It was specifically engineered to NOT be one.

And those who tell you otherwise are either ignorant or are fighting for an agenda. America needs only one agenda: Liberty. And that can never come up for a vote.

This is the very basis for all of the ideological and political battles you see. For the “resistance”, it’s about control. For them, liberty is an obstacle in their path. It is most certainly not their goal.