When you insist on always looking forward, you ignore the lessons of the past. When you think you’re really enlightened, you dismiss the value of experience. And you refuse to listen to those who say “Wait a minute.”

Without this common sense appraisal of our history, we behave like children, trying disastrous things, oblivious to how things worked out the last time.

It’s as if leftists think they’re SO smart and SO enlightened that their ideas are totally new and utterly ingenius. They’re certain that, if everyone would just shut up and let them work their magic, everything would be so much better.

Ignorant idealists have been around from the beginning of humanity. Their intentions are often good but their chosen path is usually that of fools.

The teaching of history has become “old news”. The emphasis for almost half a century has been on feeling good about yourself, not about learning how to be successful. It’s been a disastrous exercise in futility.

The “progressive thinking” nihilists who took this approach to educating and “improving society” must accept the blame for the illogical, self-centered, naive idealists they produced. 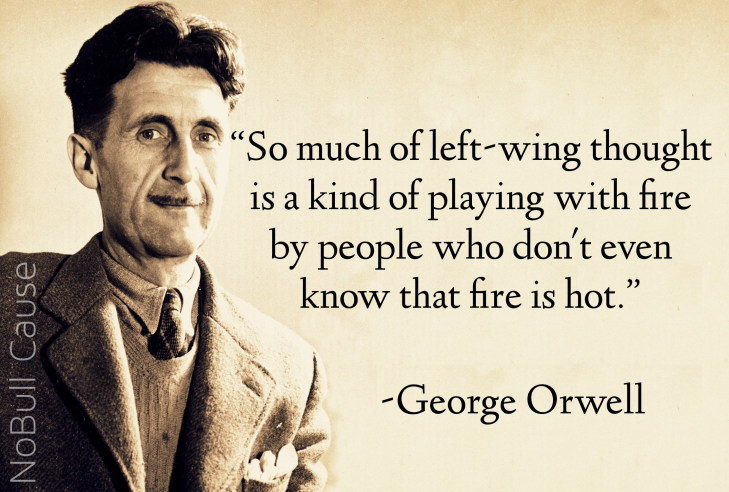 George Orwell said “So much of left wing thought is a kind of playing with fire by people who don’t even know that fire is hot.”

A recent survey revealed that a majority of millennials would rather live under socialism than under capitalism. We can thank our education system for that.

We’ve also heard that ignorance is bliss. How do you convince a blissful idiot to think? It won’t be easy, but we need to try. Our future depends upon it.