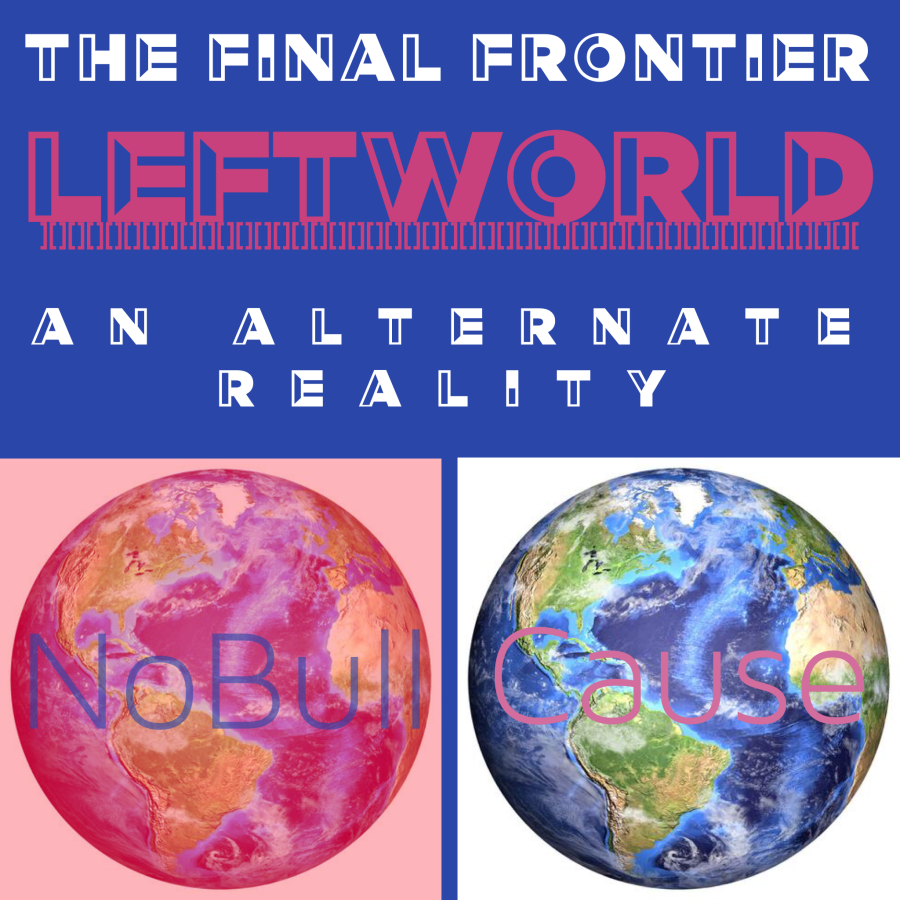 LEFTWORLD is a very distant, alien world. It doesn’t conform to the proven rules of the universe we call the “real world”. The inhabitants of LEFTWORLD reject and resent the hard-earned, valuable lessons of their ancestors. They gave up on those long ago. Life lessons don’t seem to work in their universe.

How do you communicate with such odd creatures from another world? The language they speak is extremely hard to learn. It may be impossible. Hell. It’s like they have a different word for EVERYTHING.

To make things harder, don’t expect these creatures to be even REMOTELY curious about REALWORLD. Typical inhabitants seem incapable of such behavior.

Citizens of LEFTWORLD are too busy creating a wonderful new place, one that obeys alternate laws of common sense. In this strange world, wondering why and asking how are just annoying distractions.

In LEFTWORLD, Common Sense Conservatives are pesky flies to be swatted away. They’re considered horrible pests that don’t care about shit, except to swirl around and land on it. And, since LEFTWORLD is not very good at waste management, it’s everywhere they step. They despise conservative flies for messing with their shit.

The reason we can’t have a meaningful discussion with them about anything important is that leftists occupy an entirely different dimension. They live in a hypocritical, hypothetical reality in which intentions mean more than results, and where they’re always able to SAY they care (but not REALLY care) about everything.

Having a good chat with ANY alien civilization will probably be really hard. But with no logical rules, LEFTWORLD’s language barrier may indeed be impossible to crack. We may be left to play charades…like mimes behind frosted glass, struggling against the wind…hoping someone will understand our act.

If only these aliens were naturally curious and willing to open their minds. Certainly some will recognize and comprehend our message. Some may walk back home to our dimension. The rest don’t even seem to SEE our hand signals.

Ironically, but not surprisingly, the dedicated inhabitants of LEFTWORLD have erected an impenetrable BORDER WALL, constructed entirely of their fabulous fantasies. Science has not yet found a way to penetrate this wall. But why not?

Their wall is like a two-way mirror: we can see right through it, but they can only see a reflection of themselves. LEFTWORLD’s magic wall is like a rose colored mirror, magically reflecting themselves, but with odd, blurry images in the background. The background: that’s us, waving frantically.

How do we communicate with another dimension? Mankind has not yet figured that out. In the meantime, we’re left to act out a kind of Morse Code for Morons on their blurry screens, hoping someone on the other side figures out how to improve the reception.

And then, hopefully, some of them will also open their eyes and enjoy the show. After all, it’s good, wholesome entertainment! And..hopefully… they’ll learn something, too.